When climbing Mt. Kilimanjaro, there is no mistaking its beauty. At 19,325 feet, Mount Kilimanjaro is the tallest freestanding mountain in the world. “Breathtaking” hardly begins to describe the scene from cloud-cloaked Uhuru Peak. 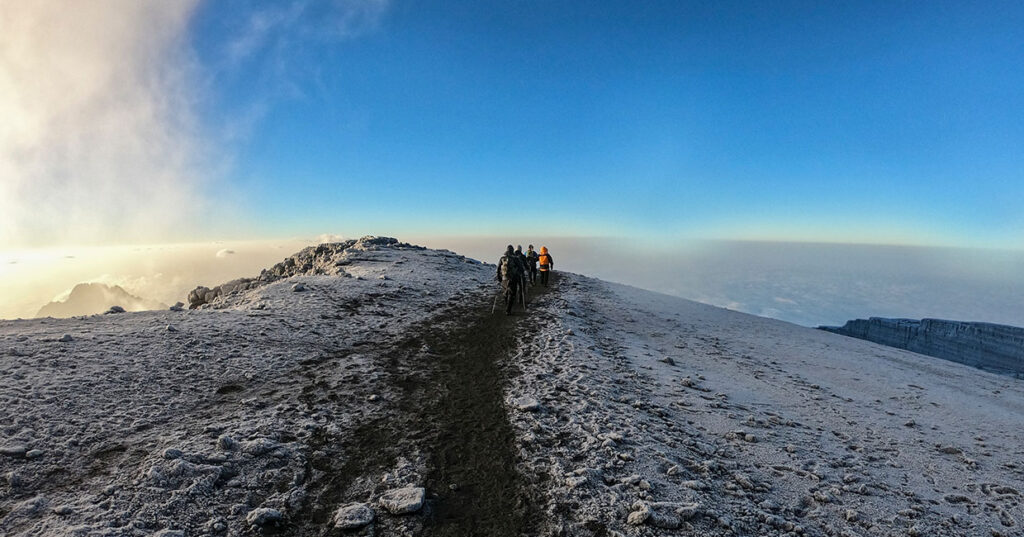 The summit is merely a highlight of a richly rewarding journey. As you ascend its slopes, elephant may appear in lush montane forest, and you may sight endangered Abbot’s duiker. From its beautiful alpine desert to its icy summit, its crater lake to its moorland dotted with surreal, oversized lobelia, the mountain’s wonders do not cease.

Crowned by one fifth of the ice in Africa, the ‘Shining Mountain’ is the Mecca of every amateur climber in the world and is easily conquered by nearly 70,000 people every year. Set in its own 755 square-kilometre park, Kilimanjaro offers lowland forest, heather moorlands, montane desert and an arctic summit.