Explore the Vast Open Plains of the Serengeti

The Serengeti is covered by vast open plains with lofty rocky outcrops, called Kopjes. The other areas are covered by acacia, savannah woodland, scrub, forested and mature treed rivers, an occasional swamp and small lakes ‘here and there’. The park ranges in altitude from 910 meters up to 1,820 meters. True eye-catching beauty, immortalized in the film “Serengeti shall not die.”

Serengeti National Park is undoubtedly the best-known wildlife sanctuary in the world. With more than two million wildebeest, half a million Thomson’s gazelle, and a quarter of a million zebra, the park remains a resting place for the “big 5 and surely one of the greatest concentrations of plains game in Africa. 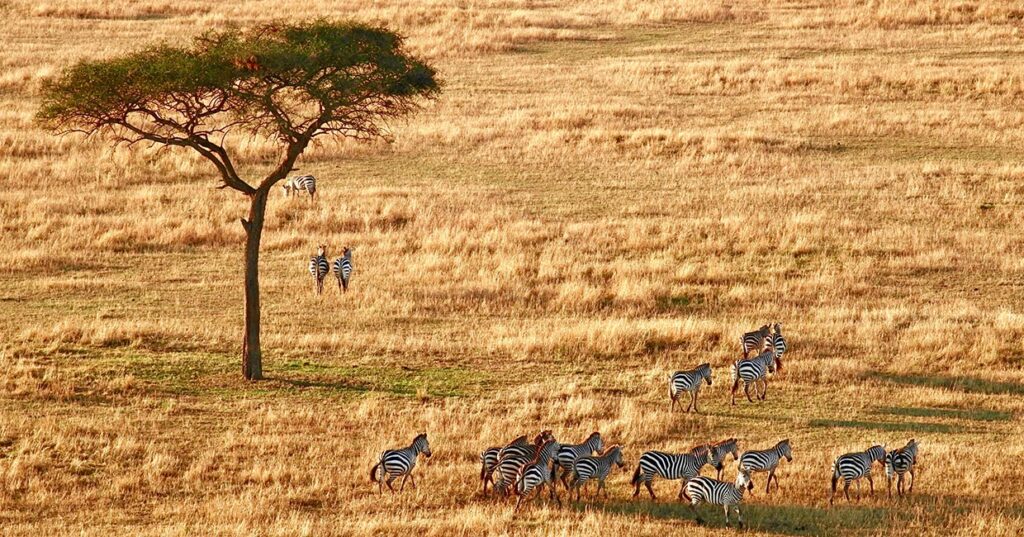 The Serengeti is most famous for its animal migration to the Maasai Mara – over a million wildebeest and about 200,000 zebras migrate south from the northern hills to the southern plains every September – November.

The best time to visit the Serengeti is between October and July before the wildebeest return to Kenya’s Maasai Mara. Note – however that the migration is a fluid affair: not only is its precise timing subject to each year’s rainfall pattern but the herds move around the Serengeti depending on the time of year.

Arusha is the gateway to the Serengeti, Ngorongoro Crater, Tarangire and Lake Manyara, and most safaris in the Serengeti will begin and end there. The town can be reached easily by scheduled or charter flights directly to Arusha or connecting through Dar es Salaam. It is also accessible by road.