The great wildebeest migration is one of the most spectacular natural phenomena on the planet. It is an annual migration of wildlife from Tanzania’s Serengeti National Park into Kenya’s Maasai Mara Game Reserve. Each year it is estimated that over 2 million wildebeests, accompanied by thousands of zebras, gazelles, impalas and elands cross into Maasai Mara in search of green pasture and water. 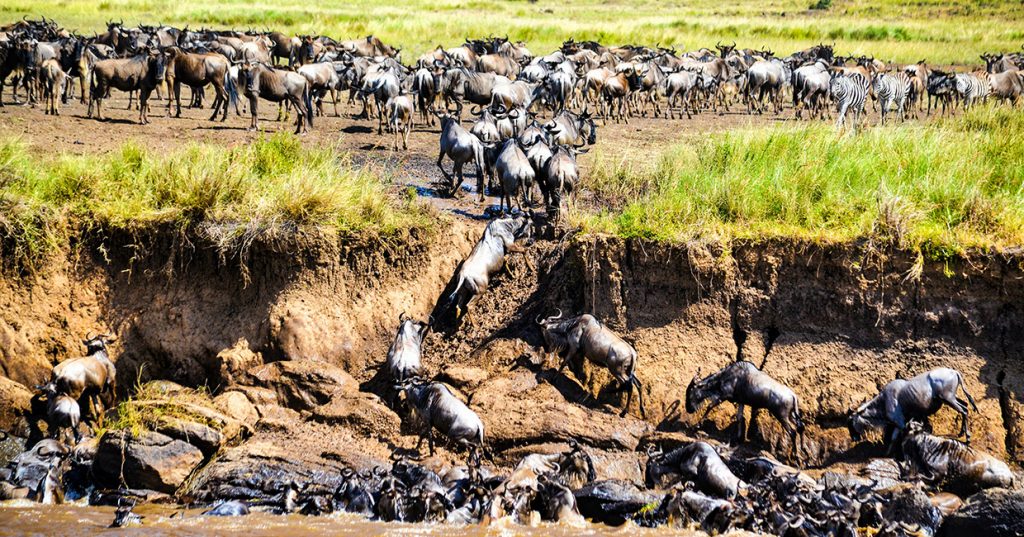 Most people think that the Wildebeest Migration takes place only on the Kenyan side. However, the process happens all year with each month offering its own unique spectacle.

Here’s a breakdown on the Wildebeest Migration cycle.

The animals are in the Serengeti National Park and are moving from south to northeast area near Lake Nqutu. Some of the herds can also be spotted in the Ngorongoro Conservation Area. There’s plenty of grass and water and the herds do not seem to be in a hurry to move.

The birthing season starts at the end of January or beginning of February. More then 400,000 calves are born. It is estimated that nearly 8,000 calves are born every day. The abundance of young ones attracts predators looking for an easy kill. 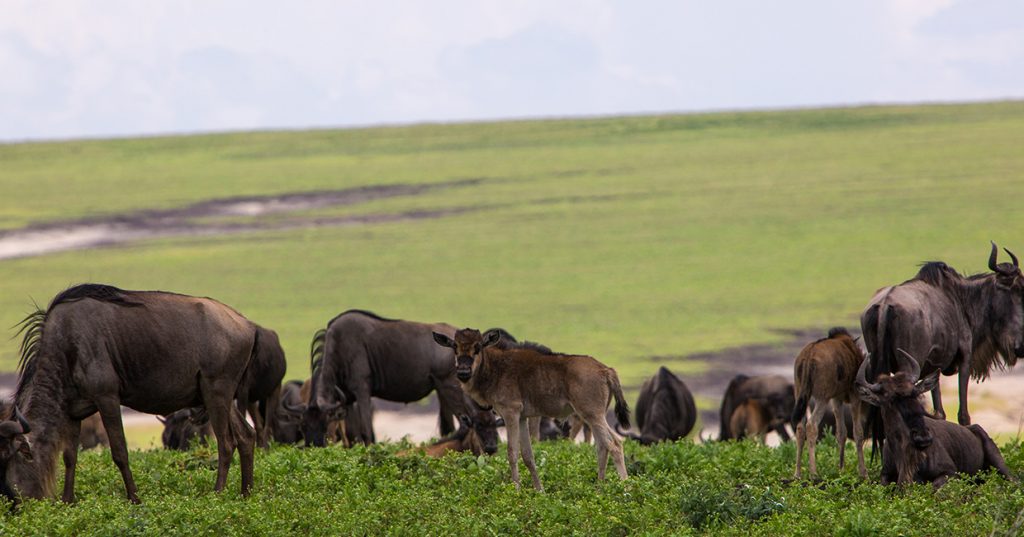 It’s the beginning of the long rains and the wildebeest herds drift northwest towards the Simba and Moru Kopjes in search of fresher grass. Also on the move are thousands of zebras and antelopes. Mating season starts at the end of May and male wildebeests are often seen in supremacy battles. The animals continue their movement at leisure as there’s plenty of pasture.

The herds finally reach the banks of the Grumeti River, which they have to cross for their onward journey. The crossing is not as spectacular as the Mara River one but it still provides enough excitement for the crocodiles and predators that lie in wait. 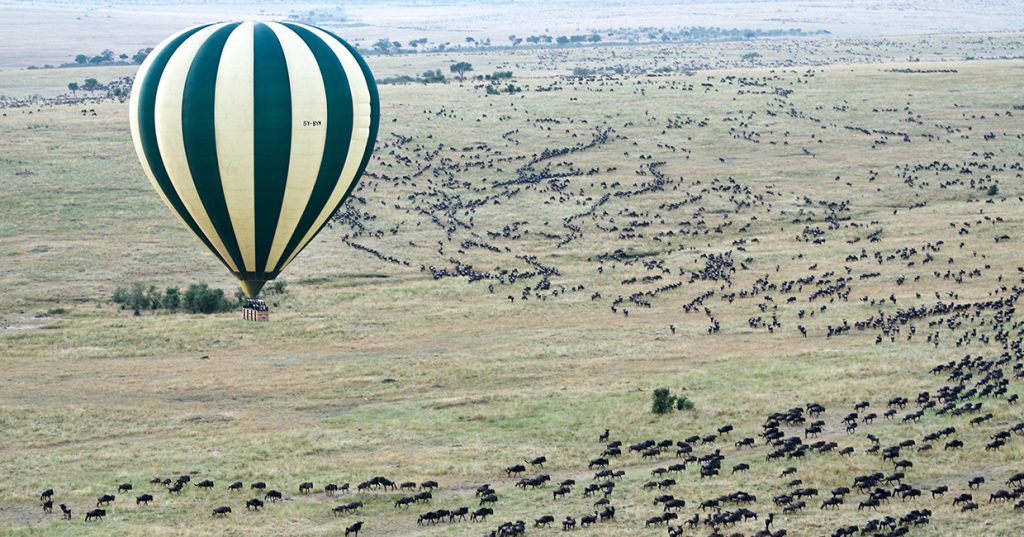 The Mara River crossing is arguably one of the most exciting wildlife events on earth. A few number of the herds will start the crossing and by late July a sizeable number have already made the riskier crossing.

By end of July, the herds have crossed the Mara River and are spread throughout the Maasai Mara northern region. Some can be still seen lingering in northern Serengeti. The wildlife are comfortable in the park and can be spotted in large herds. 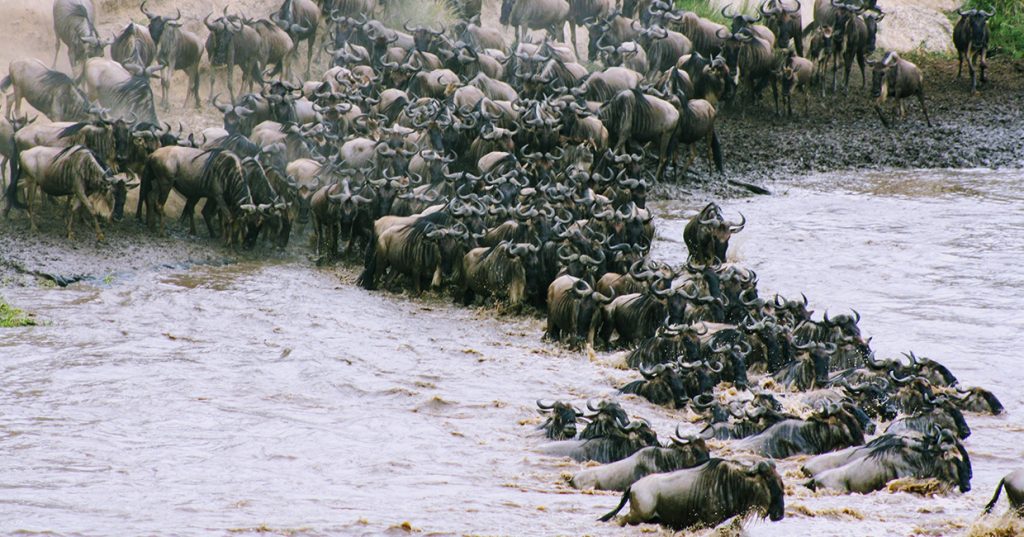 The movement of the wildlife is predicted by the rains, which comes at the end of October with the onset of the short rains. Attracted by the smell of fresh grass and rain, the wildebeest begin to move down from Kenya into the eastern part of the Serengeti. By December, the herds can be spotted spread throughout eastern and southern Serengeti munching on the lush vegetation waiting for the cycle to repeat itself.